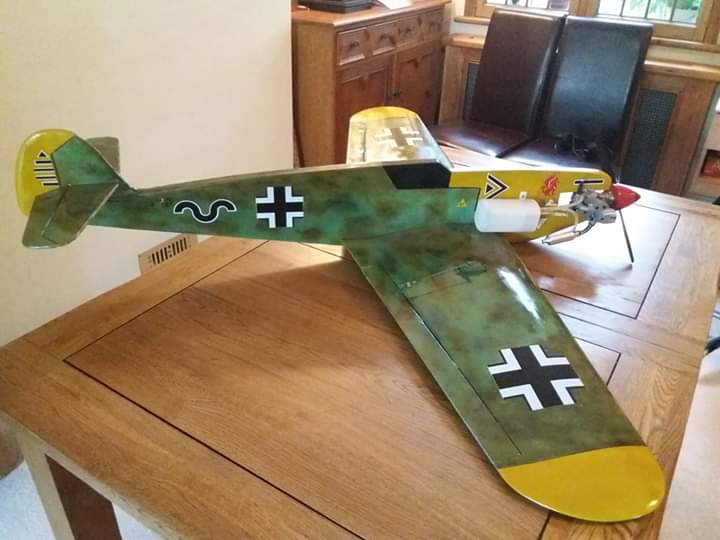 So you've decided that you'd like to get into the world of radio controlled model aircraft, but where to start? One of the first steps is to join the BMFA (British Model Flying Association - www.bmfa.org) who, for a very small cost, will provide you with lots of information and support but most critically, with proper insurance against injury and damage to people and things. This can be done either directly with the BMFA or by joining an affiliated club who can organise membership as part of club membership.

The easiest way to start R/C flying is to buy an almost ready to fly model (ARTF) complete with radio gear and everything else needed to get into the air. Unfortunately, in these days of the internet, rather than ask for advice from either their local model shop or flying club, many people go online and buy a model described as 'the ideal beginner's aeroplane' only to be disappointed when they crash early in their first flight. Those not immediately put off then fall into two categories ? either they can afford to keep buying new models (or if they're really lucky, repair their old ones) until they achieve the ability not to crash on takeoff or they do the sensible thing and seek help. Without any shadow of a doubt the least stressful way to learn to fly starts with finding a local club and visiting them, either at their flying field or on their regular club night, to talk to experienced flyers. As a rule (and of course there are exceptions out there whose role is to prove the general rule) model flyers are a friendly bunch who are very keen to see new people entering the hobby and are willing to take time to help. If you want to learn to fly fixed wing aircraft, many clubs offer training with club instructors but if helicopters are your thing then be prepared to be pointed towards one of the professional flying schools.

To get started you will need an aircraft, radio equipment and some essential accessories. As an alternative to an ARTF model, if you want to really start from scratch there are some good plans or kits available for basic trainers.

Trainers are usually high wing aircraft (no Spitfires at this stage!) which can be electric or glow engine powered. The high wing configuration helps make these aircraft more stable in flight and benign in their handling characteristics which, as a novice flyer, is what you need.

Electric aircraft have come on in leaps and bounds over the last few years and there are now many electric trainers on the market. Electric power has the advantage of being relatively cheap, instantly ready to fly with no tuning issues and clean. Downsides are the complexities which need to be understood on motor, electronic speed controller (ESC) and battery choice (though this can be overcome in the early stages by simply taking advice on the set up to buy), and the fact that it won't sound like 'the real thing'. Learning how to safely use and charge Lithium polymer (Lipo) batteries is a critical step with electric power as battery fires are a real risk unless the dangers are understood.

A typical trainer, the Wot 4, available in electric or glow engine form.

Glow engines are available in all sizes to suit from the smallest of aircraft to giant scale models. As an internal combustion engine they need proper set up and maintenance and therefore a degree of understanding of things mechanical is needed. The advantage of i/c engines is that they can be refuelled and flying again in a short time whereas batteries have to be recharged (or a number bought to keep flying). Downsides are that they can be temperamental, throw out a lot of oil in the exhaust which means the aircraft needs cleaning at the end of each session and can be a problem if too noisy. Some understanding of the workings of the internal combustion engine or the ability to learn about it is desirable.

Although petrol engines are available for R/C aircraft they are generally a relatively large capacity and hence only suitable for larger models which isn't ideal trainer material. They are also fairly (or very, depending on make) expensive, though running costs are much lower than glow engines. They are also more reliable.

A wholesale change has taken place in radio technology in the last few years. Until a few years ago, most radio gear operated on the 35MHz frequency but with only 36 channels available, great care had to be taken that two radios operating on the same channel were not switched on at the same time otherwise dire consequences, often known as crashing, would occur which tends to upset the pilot who was first using that channel. Clubs therefore operate a strict system based on peg boards displaying channels in use to try to stop such incidents occurring.

The introduction of 2.4GHz frequency radios, which automatically select vacant frequencies and so remove the need to worry about what other users are doing, has largely superceded 35MHz although these transmitters are available second-hand.

If you do buy secondhand 35Mhz gear, you must make yourself aware of how to check the channels that other pilots are using. Also take into account that these radios have a range measured in hundreds of yards so don't assume it is safe to switch on if you can see anyone else flying, no matter how far away they seem to be. The BMFA recommends that flying clubs should be at least 2 miles apart to avoid this very problem.

The price of 2.4GHz transmitters has come down as the format has gained popularity and it is possible to buy a 5 channel version for well under £100. However, thought needs to be given to what you intend to do once you have learned the basics as more complicated aircraft require more channels to control everything - throttle, ailerons, rudder, elevator, flaps, retractable undercarriage...... that could be 7 channels as the ailerons may use 2. A little forward thinking and buying more than the absolute basics could save money in the long run.

The final decision is about which transmitter mode you want to use. The most common method of controlling fixed wing model aircraft nowadays is to have the transmitter operating in Mode 2. This simply means that the aileron and elevator are controlled by the right hand "stick" while the left hand "stick" controls throttle and rudder. The most common alternative is Mode 1 which reverses these stick settings although Modes 3 and 4 also exist.

If flying an electric model you will almost certainly be using Lipo batteries and will need a charger capable of charging this type of battery. While there are cheap versions available, they have limited capacity so seek advice on this as some thought about the future may avoid the need to keep upgrading.

Most clubs use the buddy box training system. The system works by connecting the instructor's transmitter to the pupil's transmitter via a lead so that the instructor can take control of the model at any time. In the early days the instructor will handle the take off and landing with the pupil being given control in the air but, as proficiency increases, the pupil is given more and more control until he/she will fly unaided. Ultimately the pupil will fly without the buddy box connection and this first 'solo' flight is always a tense but exhilarating time.

The use of this system means that it is important to make sure you buy radio equipment that is compatible with the instructor's radio, otherwise you will need two radios.

At the flying field

If you are using 35MHz radio gear, the instructor will explain the peg system and show you how to use the pegboard, he will also explain the flying rules to you. Before you can fly an aircraft, you have to be able to control it using the transmitter. The instructor will demonstrate the effect of the various controls on the model and the various points that you have to check for.

He will also demonstrate how to fuel, prime and start your engine safely and how to adjust it for optimum performance. After these demonstrations, you should be able to carry out these procedures yourself. They are very straightforward although starting the engine will take some practice.

If you are flying "buddy-box", he will tell you when you have control. If not, he will pass the transmitter to you and you are in control. Listen and act on his instructions. Remember that all control movements should be gentle. If the instructor considers that you have lost control of the aircraft he will regain control. Again, if you are flying "buddy-box", this will appear to be done magically as the aircraft will suddenly right itself! If not the instructor will have to "re-possess" the transmitter. There will be no "Please hand me the transmitter" politeness when he needs it back. It will be jerked from your hands so please let him have it! Don't worry when this happens, its happened to everyone! When you have recovered, you will get another chance to fly.

Monthly meetings have been suspended until further notice.